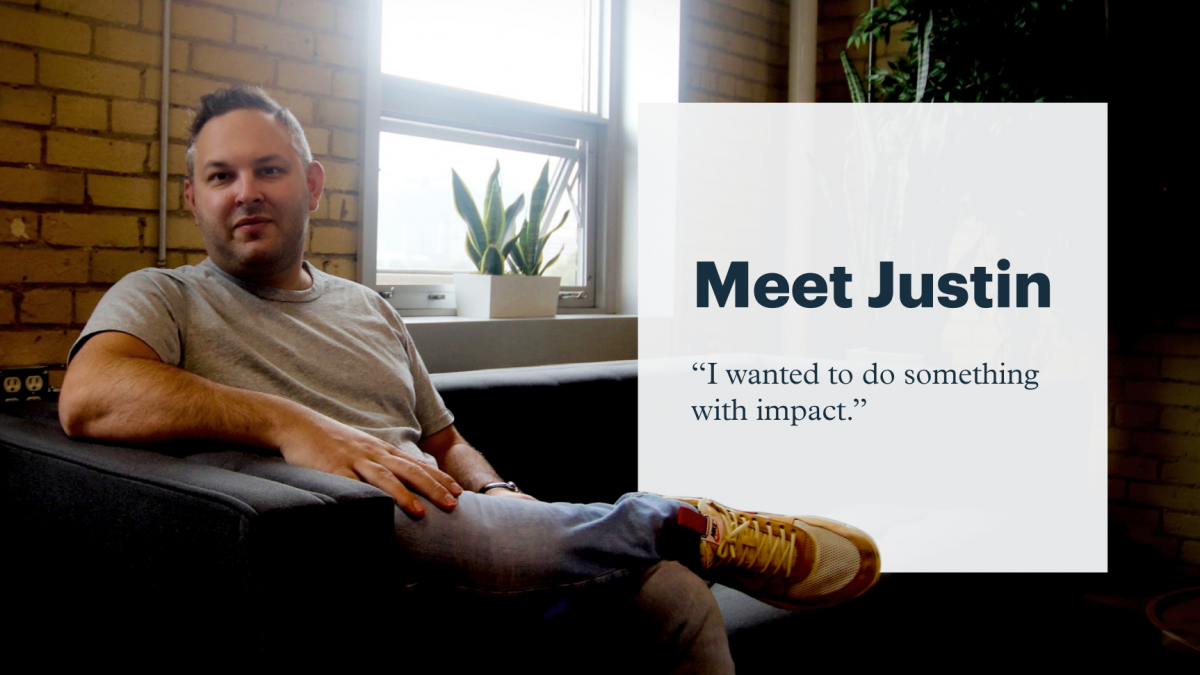 NorthOne grew from the realization that small businesses were being left behind by big banking. Justin Adler and Eytan Bensoussan wanted to create a bank to help the working people that make America run.

Justin Adler has always been good with computers. Adler’s grandfather gifted him his first coding book at just ten years old. While other kids earned money by mowing lawns or stocking shelves, Adler was building basic websites for small businesses in Montreal’s west side.

By seventeen Adler had started his first real business, one of the country’s first culture and review websites called Wetlabel. The company quickly grew a massive audience and started making real money on sponsored content and native advertising, two concepts that are commonplace now but seemed truly revolutionary for the time period.

By twenty-one, Wetlabel had been acquired. Having achieved success so early in life he was left asking himself the question…what should I do now?

Over the next decade, Adler would go on to work at some of the fastest growing startups around and built algorithmic technology for companies like Shopify, Frank And Oak, and Clash Of Clans. He made more money. He got promoted and won praise. The success was great — sure — but it all started to feel a bit empty.

“I had a voice in my head saying: is this really the best thing I can spend my time doing?  I quickly realized that building technology that helped companies sell virtual soldiers, blouses, and pants was just fundamentally dissatisfying for me,” said Adler. “I wanted to do something with impact.”

That opportunity came when Adler was introduced to NorthOne co-founder Eytan Bensoussan through a mutual friend. In his previous consulting gig Bensoussan had recognized some growing trends in the world of banking.

Solving these problems — even making a small dent — could drastically improve the everyday lives of millions of people. Adler understood the problems first hand. They were things he’d encountered when starting out.

“As a teenager running a company, I remember trying to pay my first employee by pulling money from an ATM. I literally went to the ATM to get cash because I didn’t know you had to use a payroll service,” said Adler. “After our first few months in operation, I got a letter from the tax agency because I didn’t know you had to file corporate taxes every quarter. There were so many things that I didn’t know. But despite all that the company was really successful. Just because we didn’t know about the financial side of things didn’t mean we weren’t good at our actual jobs.”

In Europe and the UK, emerging digital banks were starting to shake up the world of traditional banking. Adler and Bensoussan saw the opportunity to become America’s Challenger Bank. The mission behind NorthOne was to remove the barriers to success for small businesses in the United States. They’d do this by building a fundamentally smarter and easier to use business bank account.

The duo got to work interviewing hundreds of small business owners in an attempt to pinpoint their needs, wants, and problems with banking. From there they created the features you’ll find at NorthOne today.

Adler’s story points to bigger ideas that are fundamental to NorthOne and our customers: there are plenty of people who are content to do things they’re good at and make a living. There’s nothing wrong with that. But owning your own small business and pursuing something with meaning — something with the potential to create real impact for yourself and your community — offers a whole different kind of fulfillment. It can be challenging and it takes tons of work. But the rewards are huge.

Graham Isador is a writer and photographer in Toronto. @presgang