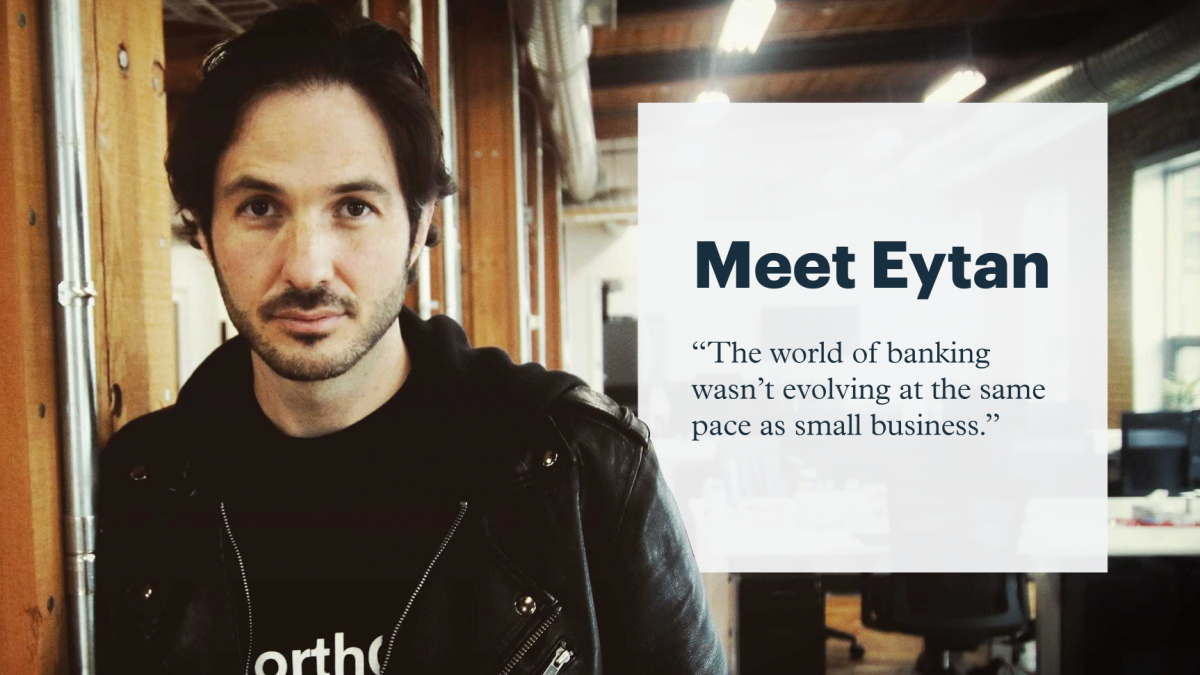 NorthOne grew from the realization that small businesses were being left behind by big banking. Eytan Bensoussan and Justin Adler wanted to create a bank account that would help the working people that make America run.

Over a decade ago Eytan Bensoussan was advising some of the world’s largest banks on how to jumpstart their shift into the digital world. Working with clients around the world, Bensoussan started to notice a pattern that would dramatically change the course of his career.

“The world of banking wasn’t evolving at the same pace as small business,” said Bensoussan. I witnessed the industry evolving in front of my eyes in Europe and East Asia, and people were building better banks. “A world of possibilities began to emerge inside my head.”

While small business owners were finding new ways to solve problems through the internet — especially through their phones — financial institutions were continuing to do things like they’d always done. That discrepancy was causing a lot of problems.

Bensoussan saw that the future of banking was both convenient and digital. Small businesses would demand better service and more value from all their service providers, banks included. But big banks weren’t investing in small business. Small businesses weren’t top of mind for executives. Big banks overlooked small businesses because they didn’t contribute enough to their bottom line …despite the fact that they make up nearly half the American economy.

For Bensoussan that oversight felt personal. Growing up he had watched people in his community hustle. They worked hard and took pride in their careers. But training as a tradesperson or starting a restaurant didn’t automatically make them good with things like managing bank accounts, invoices, or payroll.

“They were all very frustrated, very anxious, and very helpless at these tasks. And I never really thought about it much. It just stayed with me as an oddity. I grew up seeing these people who were exceptionally talented but still had a terribly tough time with this part of their lives.”

There was a particular memory that stuck out. Bensoussan remembered his grandparents frantically running around their house looking for a lost invoice. As a kid, that kind of struggle felt inevitable. A sad reality of getting older. But as an adult? There was an opportunity to make things better.

In Europe digital banks were starting to boldly reimagine what banks could do. They were starting to shift the perceptions of what banking could be: maybe institutions could actually help their customers and community. Bensoussan got hung up on the idea.

So he did the only thing he could think to do. Before Fintech was even a word, he quit his consulting gig and got to work starting building.

To achieve his goal, Bensoussan needed support. He met NorthOne co-founder Justin Adler through a mutual friend. Adler had been working in startups for over a decade, with work spanning from eCommerce to AdTech.

Adler started his first company –a pre-blogger era digital publishing company  —  at seventeen. By twenty-one it had sold. While Adler could have rested on his wunderkind status and the payout from the company, instead he got to work creating products eventually used by companies like Shopify,  Frank & Oak, and Clash Of Clans. Adler’s skills complemented Bensoussan’s. But more than that, he understood the vision.

“After a number of years building all this algorithmic technology…something just didn’t sit right. I had a voice in my head asking: is this really the best that you can do?” said Adler. “Building technology that helped companies sell virtual soldiers or better dress pants was just fundamentally dissatisfying for me. I wanted to do something with impact.”

The problems Bensoussan wanted to solve hit home. On a different scale, he’d seen them play out in startups throughout his career.

Together they got to work interviewing hundreds of small business owners in an attempt to pinpoint their needs, wants, and problems with banking. The duo came to two major conclusions:

Solving these problems – even making a dent – could create massive change for real people. But despite the obvious problems for small businesses, most banks were completely unwilling to help. Small businesses were (ironically) too small for the banks to invest their time and budgets. A cleaning service, a local cafe, or a truck driving company would never make financial executives as much money as their big corporate clients. So they didn’t matter.

To put it bluntly: for Bensoussan and Adler, this pissed them off.

While putting together NorthOne, Bensoussan and Adler noted the needs and wants of the freelancers and business owners they spoke to, creating a digital experience on par with the other apps customers were already using.

Since launching NorthOne has grown from four employees to over fifty. Investors have put in more than 25 million dollars to back the company. But most importantly 170,000 businesses from across America have started using NorthOne, trusting us with their money as they grow their businesses. We’re here to support hardworking Americans build a better life for themselves and their families. Those are the people who actually make America run.

Graham Isador is a writer and photographer in Toronto. @presgang

Of All The Startups You Could Build, Why Banking?

7 Reasons Entrepreneurs are Switching to NorthOne