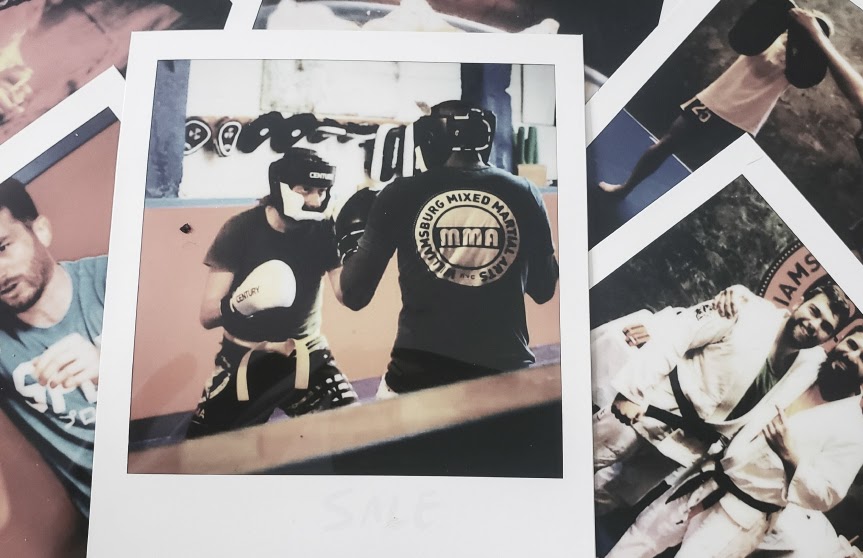 Below is our conversation with Roger Mamedov of Williamsburg MMA. The gym has trained everyone from professional athletes to celebrity clients while becoming a vital part of their local Brooklyn community. In this conversation, Roger walks us through his journey starting Williamsburg MMA, the challenges of running his own small business, and how the discipline of combat training can help prepare you for the ups and downs of being your own boss.*

If you ask most kids what they want to be when they grow up they’ll tell you they want to be a policeman, firefighter, or a doctor. I only ever wanted to be a martial artist. Adults in my life were really encouraging about that idea. I started training martial arts at eight. At twelve my instructor asked if I wanted to start assisting classes. From a young age, right after school I would go straight to work. When I think about my identity, it’s hard to describe myself without talking about my training and my teaching. It’s a huge part of who I am as a person.

I started Williamsburg MMA in 2009. I was twenty, but I had already been running classes for other people for a long time. I was also fighting professionally. I felt like the next logical progression was to start my own thing and run it all exactly how I saw fit. I didn’t have a business plan or anything, but in life I follow the Field of Dreams motto. If you build it they will come.

For my first class I rented out a dance studio at an hourly rate. I was so excited. This was it: I was going to be in full control of my own life and my own destiny. I set everything up for the class and….nobody came. I just stood there and waited. The next week, same thing. Nobody came. It was daunting.

There are things I’ve learned in martial arts that I apply to running my own business. Part of that is grit and determination. But a bigger part is always finding a way out. It’s like jiu-jitsu. No matter what position you’re in there is always a way to escape it. If you overreact or panic you put yourself in a worse position. In business you got to chase what you love versus the dollar. I trusted what I was doing. That third week I had someone sign up. And it was like: alright, now we’re rolling.

By December 2010 we had grown enough to move into our own space instead of renting. The space made us feel more legit and we continued to grow since then.

My favourite part of what we do is the community aspect. In the neighborhood we’re in now a lot of people didn’t grow up here. A lot aren’t even from New York. Giving people a sense of community and a sense of belonging means a lot. Giving people a family energy is so important to me. Seeing people train and achieve goals is amazing. But seeing people train and hang and talk afterwards? That can feel even better. It’s a support system. I know what that’s meant for my life, and I’m really proud I can help share that with other people.

You can support Roger and Williamsburg MMA by following them here or try out a class if you’re in the area. Have a great story to share about your first sale? Know a local business that we need to profile? You can get in touch on Twitter, Facebook, or Instagram.

Small Businesses to Support this Season: The Bow Tie Club