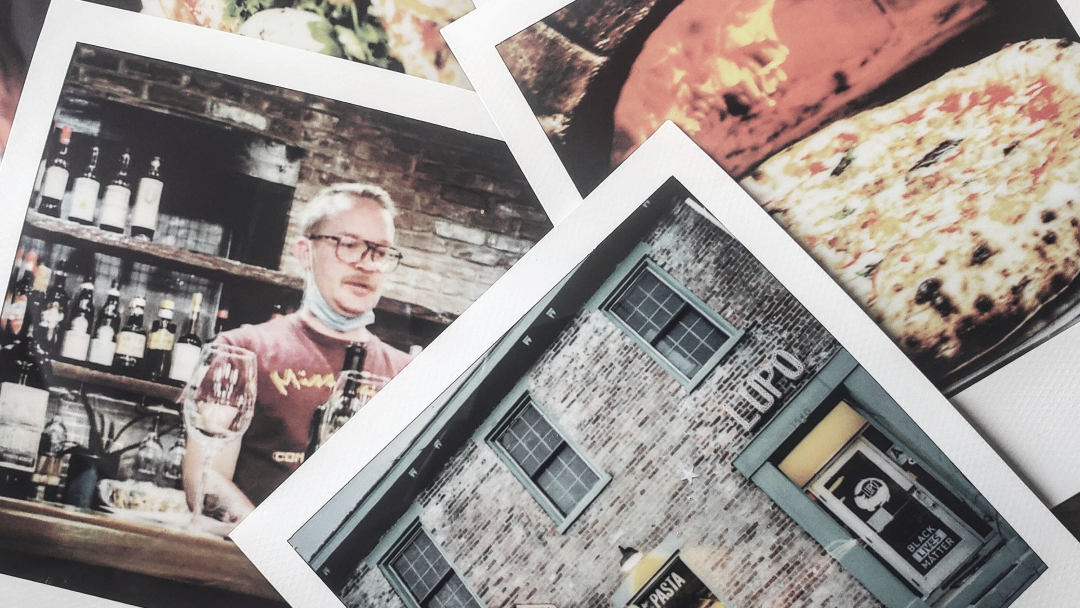 Below is our conversation with Adam Turla of Pizza Lupo, in Louisville, KY. Adam explains how he and his family pivoted his passion for music into running a successful restaurant.*

Sarah [my wife] and I have been playing in a band for almost all of our lives. There was always this nagging fear that someday no one would care about our music anymore and we’d have to do something else. But we’d gotten so used to doing something that we loved — something on our terms — that running another small business was really our only other option.

Owning a restaurant was a lifelong dream of ours. In some ways it feels like our band is just something that happened to us. We were so young when we started. But we chose opening a restaurant because it was a passion. It was like: we followed our dreams once and it worked out, so why not do it again?

We dumped all our life savings and more into the restaurant…we found a pre-civil war building in an up and coming area. I spent 11 months with a team of contractors doing a complete rebuild of the place. To get everything done we kept on taking out loans. We’re not independently wealthy and there was no one there to bail us out. But we believed in what we were doing. In a lot of ways that’s the classic small business story.

There was this moment when we finally finished the building that I thought…okay, now it’s time to finally start making money. Then this whole new set of problems came in. We were very naive about how many people we’d need to run the place and the type of leadership that took. Max — my brother in law and chef — was doing an incredible job in the kitchen but that didn’t leave time to run front of house. We were working 16-18 hours a day to make everything work.

The first day we opened we were so worried that no one would show up. We realized at that moment it was like every nightmare we had from tour: god, I hope somebody shows up to the gig tonight. We had created a second business where we needed people to show up. But instead of 100 gigs a year it is EVERY DAY. Such a nightmare realization.

I remember when we opened I watched those first cars pull into the lot. It was a Tuesday. My mind kept looping the same thoughts: are we going to be slammed? Are we going to be empty? I was running around wiping down tables and circling the restaurant waiting for something to happen.

One of the first tables was friends there to support us, which was really cool. But even cooler was watching strangers come in. And serving that first table to a bunch of people we didn’t know…that made me feel like we were going to be okay. We’d done something that people want to experience.

I want everybody to eat well. Sarah, Max, and I really love to give people experiences and comfort through food. When somebody writes to us about the quality of food we’re serving or an experience they had at the restaurant…that’s such an amazing feeling. There was a friend of a friend from Sicily who said ours was the best pizza he’d had in America. Validation like that — even just seeing a good review — can mean so much.

You can support Adam and Pizza Lupo by following them here or grab a pizza if you’re in the area. Have a great story to share about your first sale? Know a local business that we need to profile? You can get in touch on Twitter, Facebook, or Instagram.

Small Businesses to Support this Season: The Bow Tie Club