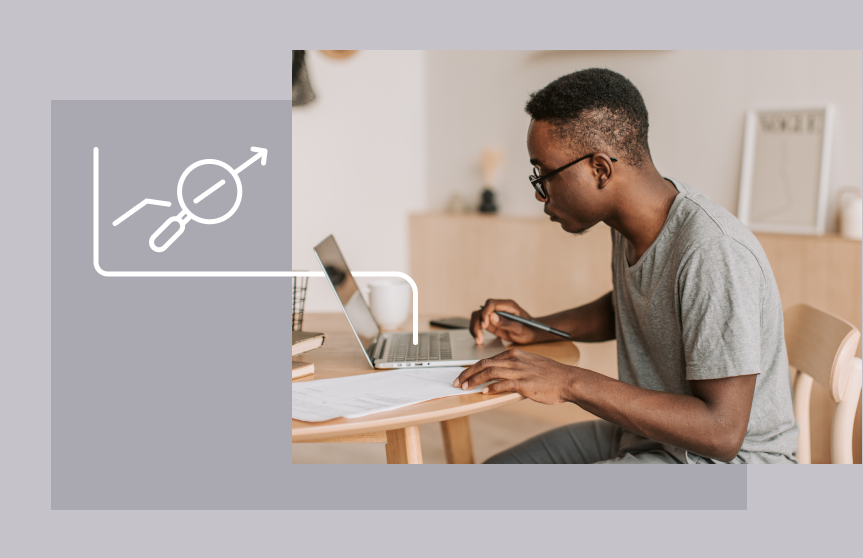 More and more people are turning away from the nine to five and embracing the self-paced freedom of gig work. While challenging, it can be empowering to be your own boss, run your own books, and determine your own budget. This article will cover some telling statistics about the gig economy in 2022, with an overview of the freelance landscape in a post-pandemic world.

What is the Gig Economy?

The gig economy is a labor market in which workers are hired on a contract basis, instead of holding a permanent position. Freelancers are paid per completed project, or “gig,” which can be anything from a ride-share, translation service, or roof repair. Certain gig economy companies help connect freelancers to customers include Uber, Airbnb, and Fiverr.

Working freelance offers great flexibility: you can choose your own hours, mix and match gigs and even the kinds of work you’d like to do. Some people pick up projects to supplement a traditional job. But, working in the gig economy does come with challenges: income is less predictable, and you don’t have standard protections like health insurance.

Still, as more people seek the freedom of managing their own business, and companies hire more and more freelancers, there is no doubt that the gig economy is growing.

1. How many gig workers are there in America?

There are about 68 million freelance workers in the United States. This includes people who pick up gigs as a side hustle, and people who combine multiple ongoing projects to make up a full-time freelance income.

2. How big is the gig economy?

About 36% of US workers are in the gig economy today. That means one in every three people freelance either full-time or as a supplement to a traditional job.

3. What percentage of income does gig work cover?

In the USA, 40% of gig workers say they make 40% of their money freelancing. Much more than a side-hustle! With a NorthOne bank account, you can keep your multiple income streams organized using Envelopes.

4. How much do gig workers make?

Statistics from Upwork show that the median freelancer rate is $20/hour. Skilled freelancers – meaning workers with specialized training or knowledge they can apply to their work – make a median of $25/hour.

5. What is the most popular kind of gig work?

Transportation – both in ride-share and food delivery – are among the most popular gigs in the world of physical work. In the remote work sphere, top industries include arts and design, web development, and construction.

6. What are the top gig economy companies?

Despite a major dip in customers due to the pandemic, ride-share companies Uber and Lyft remain at the top, with 65% and 29.8% of US market shares, respectively.

7. How much money does the gig economy generate?

The gig economy contributed $1.3 trillion to the US economy in 2020, at a 20% increase from the previous year. That’s a whopping 17% of the total US gross domestic product (GDP)!

8. Is the Gig Economy Growing?

Absolutely! Statistics research predicts that 60% of the US workforce will be working on a freelance contract basis by 2027. Hand in hand with this increase, more and more companies are working to offer their gig workers better protections such as health benefits and labor rights. It is expected that up to $6 billion will go toward improving conditions for gig workers.

9. Did the amount of gig workers increase because of the pandemic?

With most of the world locked in place under stay-at-home orders, a surge of workers turned to the gig economy for income. According to a recent Upwork statistics, 12% of the current US workforce took up freelance work after March 2020, at the start of the pandemic.

10. How many hours a week does a gig worker work?

Freelancers clock an average of 43 hours of work per week, with 57% saying they work more than 40 hours. Fortunately, that’s down from 46.6 hours a week in 2017 – the trend is moving toward a sustainable work-life balance.

11. How do gig workers feel about the gig economy?

There’s no need for statistics to know that working freelance is full of uncertainty: constant job turnover, lack of benefits, and the added complexity of doing taxes on self-employed income. Even with all that, 83% of full-time freelancers say they are more happy to work on their own, and 71% attest to working independently being good for their health.

12. How secure is the gig economy?

Even during the last year and a half, the gig economy has offered ongoing work for the majority of independent workers. Of those who freelanced before and during the pandemic, 61% of gig workers said they were satisfied with the amount of work they received.

13. What is the average age of gig workers?

Often fast-paced, offering high flexibility, it is no surprise that young people gravitate to freelance work. Statistics show that 70% of gig workers worldwide are under 35 years of age, and about 20% are under the age of 20.

14. What is the average education level of gig workers?

32% of freelance workers in the United States have completed a bachelor’s degree, and 45% hold a postgraduate degree.

15. Why do people choose gig work?

It’s not just flexible hours that drives the appeal of the gig economy. 49% of gig workers credit the ability to work remotely with their choice to go freelance, and 24% say they are drawn by the freedom to pursue passion projects.

16. How do freelancers find work?

Upwards of 77% of freelancers cite technology as a significant bridge to finding work. Gig sites such as Upwork and Fiverr connect workers with clients, and 74% of workers advertise their services on social media.

17. How many gig workers are “digital nomads”?

Digital nomads are travellers whose only workplace requirement is a reliable internet connection. While this lifestyle certainly has romantic appeal, it requires quite a bit of planning – and commitment to full-time freelance work. About 7% of freelancers consider themselves digital nomads.

18. What are the predictions for the Gig Economy?

The vast majority of freelancers (81%) plan to keep working in the gig economy. Following the curve of current trends, more than 50% of the US workforce will be involved in freelance work by the year 2027.

How big is the gig economy?

With about 36% of US workers involved in the gig economy, this market currently includes around 55 million workers.

Is gig work good for the economy?

There are pros and cons to gig work, in the broader economy. Companies can reach a broader pool of talent for specialized jobs, offer more agile service, and reduce their costs on infrastructure and traditional worker benefits. Gig workers, on average, make less money than their salaried counterparts. Additionally, frequent project turnover means reduced personal connection between workers and companies.

Who benefits from a gig economy?

Both employers and freelancers can benefit. Hiring gig workers reduces costs for a company, and a worker gains the flexibility of making their own hours.

What percent of workers are gig workers?

Statistics show that 36% of US workers are involved in the gig economy in some capacity.

How to Start a Business in 10 Steps

How to Start a Food Truck

How To Stay Better Organized In Your Business

Shopify vs Etsy for 2022: The Right One for You

What Is a C Corporation and How to Start One