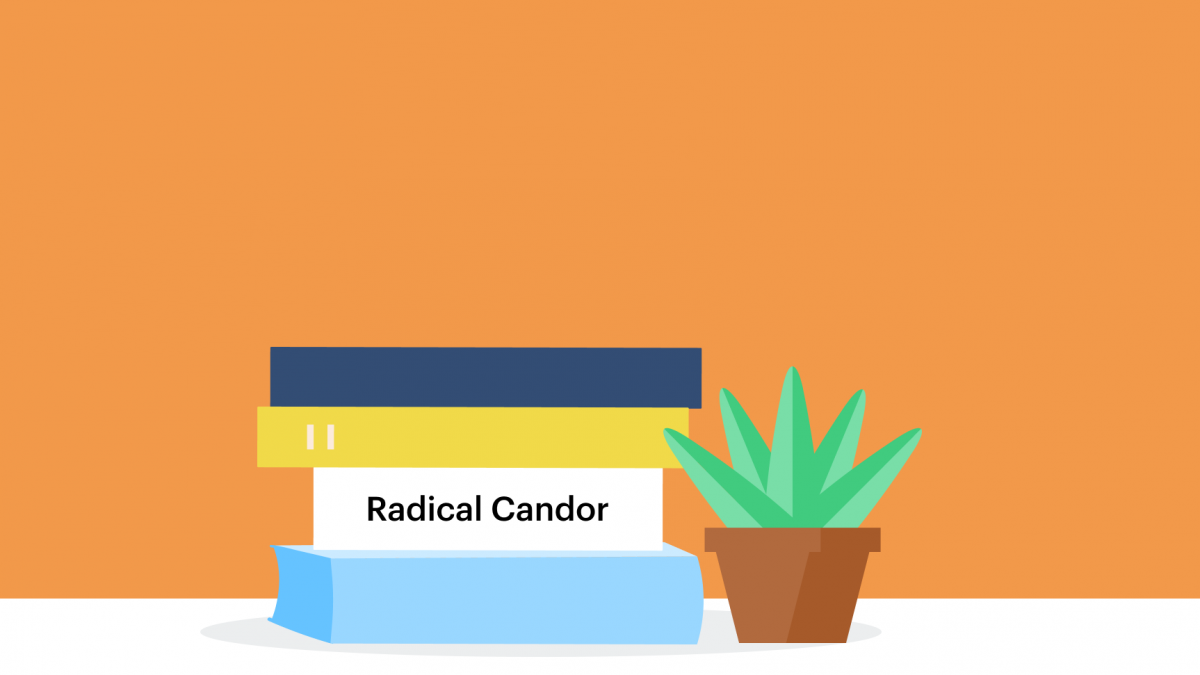 It’s important to let your co-workers know when they’re screwing up and when they’re doing great. But it rarely happens. Radical Candor teaches you how to have those conversations and — better yet — how they can have impact.

Do you have trouble giving praise? How about criticism? While communicating these ideas seems easy enough, the truth is that most of us are pretty bad at it. Despite the best of intentions, we’re not usually clear or helpful with the information we want to convey. Without that clarity, the praise we give can feel patronizing. The criticism can feel downright mean.

It’s not our fault, really. In North America, we’re conditioned from a young age not to give honest feedback. If you don’t have anything nice to say, don’t say anything at all. In a similar vein, outdated notions of professionalism mean that we’re actively discouraged from bringing emotions into our jobs. All of that in tandem makes for lousy communication.

At NorthOne, we’ve tried to create an office environment where people can be transparent about their feelings, ideas, and intentions in the day-to-day of their work. We’ve based that culture on Kim Scott and her book Radical Candor: How to Get What You Want By Saying What You Mean.  Scott — an advisor with heavy hitters like Twitter, Apple, and Google — uses the book to walk readers through insightful advice and practical suggestions on how to be a better leader, regardless of your role at work. At the heart of the book is Radical Candor as a communication style.

Radical Candor is giving feedback that directly challenges a person’s position, while also showing you respect and value them as a team member.

In Radical Candor, Scott breaks down the concept using a four-quadrant graph looking at different strategies for giving feedback. A veritable D & D Alignment Chart for business-minded folks. Below we break down the chart with examples you may have experienced on the job.

Most people want to avoid creating tension in the workplace. But avoiding that tension for too long creates a workplace where being kind is put above doing excellent work. Worse, the kindness is based on a false premise. Because no one is actually telling the truth.

It’s okay to disagree. It’s important to challenge ideas if you want those ideas to get better. People might use manipulative insecurity in the hopes of making a situation better, but it actually has the opposite effect.

What is Radical Candor: As stated above, Radical Candor is giving feedback that directly challenges a person, while also showing that you respect and value them as a team member.

These concepts seem intuitive, but implementing Radical Candor in your everyday interactions can be hard. It takes a conscious effort to break down learned behavior we’ve developed after years of repetition. Still, practicing the idea in your small business — and even in your personal life — can make a huge difference. Echoing the book’s subtitle: by saying what you really mean, you get what you really want.

Get better banking for your small business with @NorthOnebanking.

S Corp vs. LLC: What’s the Difference and Which One Is the Best Fit for Your Business?

Moving From A Side Hustle To A Full-Time Gig