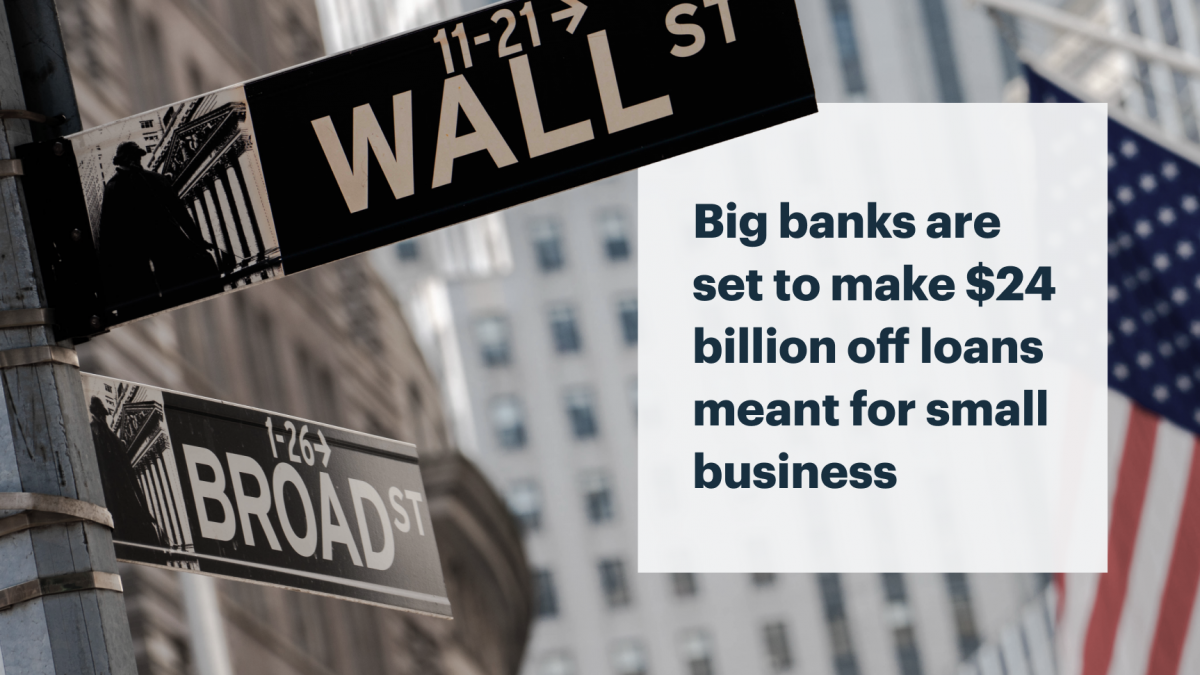 Money from American taxpayers was allocated to help struggling small business owners during the COVID-19 pandemic. Why did billions of that cash go to some of the richest people in the world?

To put that number in context: between 2008 and 2010 — during the worst years of the financial crisis — America saw 1.8 million small businesses close. Without help the COVID-19 pandemic could cause nearly four times the damage of the financial crisis. It is hard to imagine how that loss would impact people’s jobs and personal savings. Not to mention their morale.

The loans were meant to help vulnerable citizens and prevent job cuts during a time of unprecedented unemployment. But as the money was distributed loans were given to — among others — self-proclaimed billionaire Kanye West, The Los Angeles Lakers, and major restaurant chain TGI Friday’s. The program saw Big Banks take in 24 billion dollars in fees. Major banks shut out many small businesses from the PPP loan entirely. The majority of small businesses owned by people of color who applied for loans were denied.

So why did money from American taxpayers specifically meant to help small businesses prop up some of the richest people in the United States? Why were regular people left to fend for themselves while the rich got richer?

The distribution of the PPP loans was forced through the government’s existing system of small business assisted lending. Under Treasury Department rules, PPP lenders could charge processing fees between 1% and 5%, depending on the amount of the loan. The way big banks handled PPP shut out many working people who needed help the most.

Big banks are making profits off American tax dollars while small businesses are left behind. It’s a reality that is endlessly frustrating. But the situation is consistent with the reprehensible behaviour of large financial institutions over the past two decades.

Many of these big banks created the conditions that lead to the 2008 financial crisis, but rather than suffering consequences for their actions they were bailed out to the tune of seven-hundred-billion-dollars. $1.6 billion in salaries, bonuses, and other benefits were awarded to the bank’s executives. While this happened American unemployment soared. Soup kitchens and shantytowns opened across the country.

The way big banks handled PPP loans is another example of how they overlook small businesses. At NorthOne we’re on a mission to break down barriers to success for small businesses in America. We’re doing this by building a fundamentally smarter and easier to use business bank account. We believe that big banks have been overlooking the needs of real Americans — even exploiting those needs — for too long. It’s time for things to change.

Get started with a NorthOne digital banking account today by signing up here. Follow updates about NorthOne on our social media.

Moving From A Side Hustle To A Full-Time Gig

DBA Meaning: What is DBA and Why it Matters to Your Small Business

Why You DON’T Need a Business Plan